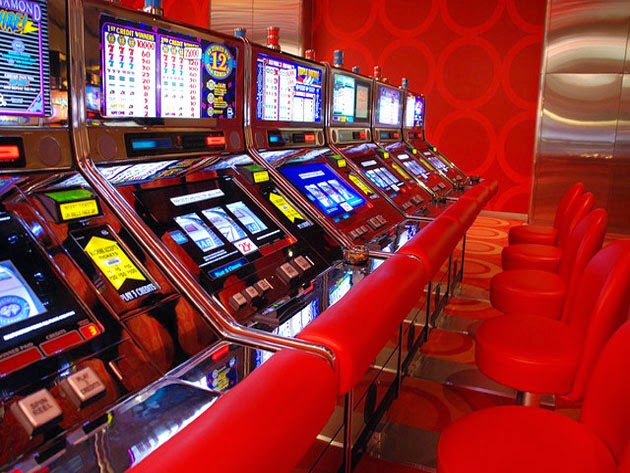 ATLANTIC CITY, N.J. (AP) -- Sure you love matching little candy pieces with each other, or spelling out words with your pals. But New Jersey gambling regulators want to let you do it for real money.

The state Division of Gaming Enforcement says it is seeking game developers' proposals to conduct real-money gambling on skill-based games, which would make New Jersey a nationwide laboratory for a betting phenomenon many have predicted will become the next big thing.

And because of its vast potential reach, some are worried that the addictive nature of the games and their easy availability on smartphones and tablets could cause some people to get in way over their heads when the money is real. But New Jersey sees it as another way to help its struggling casino industry.

"More and more we've been watching the social gaming arena and hearing about the opportunities it presents," said David Rebuck, director of New Jersey's Division of Gaming Enforcement. "We thought, 'Wait a minute: why aren't these companies coming to us?' We are ready, willing and able, under existing law, to deal with this. This is not theoretical anymore; this is real."

Eric Meyerhofer, CEO of Gamblit Gaming, which adds gambling components to familiar social games, says the potential market in the United States for such betting is $8 billion to $10 billion.
"Casual games are played in such abundance across such a wide demographic," he said. "We think there's quite a large market for this."

Players could face off against one another to compete for a prize, with the casino taking a fixed percentage of it.

Game developers would have to partner with one of Atlantic City's eight casinos, in the same way that Internet gambling providers must do. And like online gamblers, players of real-money skill games must be physically located within New Jersey's borders. (New Jersey can approach other jurisdictions about multi-state gambling compacts if there's enough interest.) Nevada is considering a similar plan, and other countries including England and Mexico are testing similar technology.

Currently, most games offer free play up to certain limits. From there, players can buy additional chances to play or equipment to use in the game. Ashley Feinberg, a staff writer at Gizmodo.com, quickly burned through $286 in less than a month buying additional play time on Candy Crush Saga.

"It's all very high-reward; you get sucked in and there's this big reward and then it goes away and you keep trying to get it back," she said. "Unless you actually seek out how much you're actually spending on this, it goes like nothing. It feels like Monopoly money."

After writing her first-person account, Feinberg kicked the habit — for a while.

"Then it went back downhill," she said, adding she doesn't know how much the second binge has cost her.

Gary Loveman, CEO of Caesars Entertainment, has long lamented that people spend millions of dollars on games like Farmville — where they buy equipment for a virtual farm — with none of that money going to his company.

"Millennials typically find traditional slot machines boring because there's little or no skill involved; they'd much rather play games were there's an element of skill and the opportunity to socialize or compete with friends while doing so," said Caesars spokesman Gary Thompson. "It's clear skill-based games are going to be a big part of the industry's future."

"State officials know the future of New Jersey's casinos hinges on luring kids to develop a gambling habit," he said, adding that by taking games that thousands of young people already play and turning them into gambling games, the state is trying to create a new generation of gamblers to exploit.

Players would fund an account that would be good for in-person play on a casino floor, or remotely via a smartphone, tablet or computer. While details still need to be worked out, the games have to meet complex rules incorporating minimum payout standards that apply to slot machines, while also providing for the variable element of player skill.

So far, some of the biggest names are taking a pass. Zynga, which makes Words With Friends, has said it doesn't favor real-money gambling on its platforms, preferring to focus on free-play. King Digital Entertainment, the makers of Candy Crush Saga, said it "does not have any plans to license Candy Crush Saga or any of our other games for use in casino slot machines or for any form of gambling."