Many players make horrible mistakes when they play blackjack. Here’s a list of the 10 worst crimes a player can make. 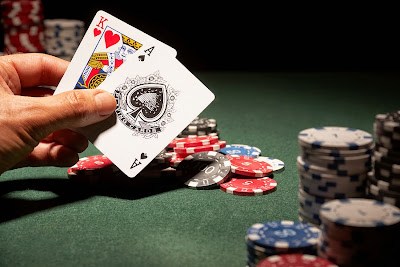 The crime: Believing blackjack is all luck.

If you think that all you need is a little bit of “luck” to win at blackjack, I strongly suggest that you stop playing the game. Blackjack is not all luck. The reason? The odds of winning are not the same from one hand to the next because the removal of a card from a deck of cards will affect the odds (sometimes in your favor, other times in the dealer’s favor). It’s true that on individual hands, or even a single playing session, luck can influence the outcome, but in the long term, the player’s skill will overtake luck and a player can win more than he loses, or at the minimum, play almost even with the house.

The crime: Not using basic strategy.

In was back in 1956 when a group of scientists changed the game of blackjack forever when they statistically determined the absolute correct way to play every hand. This strategy became known as the basic playing strategy and by using this strategy to play every hand, the house edge can be reduced to a minuscule 0.2 to 0.5% (depends on the rules and number of decks). The bottom line is this: blackjack is not a guessing game. If you hold a 10-5 and the dealer shows an 8 upcard, there is one and only one correct play. It doesn’t matter whether you are playing in a Midwest casino, in Las Vegas, or Atlantic City, or whether you just lost five hands in a row, or just won five hands in a row, or whether you are winning a lot or losing or lot, the correct play for this hand is to hit. To be skillful at blackjack means you almost have to be robotic and make the same correct plays according to the basic playing strategy hand after hand after hand. You don’t hit 10-5 against a dealer 8 sometimes and stand othertimes. You always hit. If you can’t or won’t accept this, then you should hang up your playing cards and play a different game because you will never make it at blackjack.

The crime: Betting on side bets.

Nowadays, casinos have implemented side bets on blackjack tables as a way to increase their revenue because their edge on the game itself is razor thin. These side bets are cheap; usually, it only costs a buck to make them and they come in all different flavors: Pair Square (bet that you will be dealt a pair); Lucky Ladies (bet that you’re initial hand totals 20); Bonus Blackjack (bet that the dealer or player gets a blackjack), and so on. The problem with these side bets is that the house edge is high and although you might get lucky and win a few side bets, in the long run you’ll be donating a lot of money to the casino coffers by making these bets.

The crime: Playing with a Continuous Shuffling Machine.

A continuous shuffling machine (CSM) is an automatic shuffler that randomly shuffles the cards after each round. Many casinos are replacing the traditional automatic shuffler with CSMs. The reason is because when a CSM is used, the house edge remains virtually the same from one round to the next. When a casino uses a CSM, they can also get roughly 20% more hands dealt per hour vs. a traditional automatic shuffler. The more hands that a recreational player faces per hour, the greater will be the player’s theoretical loss. So playing on a table that uses a CSM is a no-no. You should always play where the dealer is using either a traditional shuffler (where about 70% of the cards are dealt from the shuffler before all the cards are shuffled), or in a single- and two-deck game where the dealer manually shuffles the cards.

The crime: Playing a single-deck game that pays 6-5 for blackjack

The crime: Not scouting the tables

The playing rules are not necessarily the same from one table to the next or for that matter from one casino to the next. You shouldn’t just jump into a game without first knowing what the rules are and whether there are better rules on other tables. For example, a table where the dealer hits soft 17 is worst for a player than if the dealer stands on soft 17. Blackjack players should know which rules are player-friendly and which favor the house, and then scout the tables to find the best set of player-friendly rules.

The crime: Playing when tired or inebriated

The crime: Not paying attention to the cards on the layout

Not too many recreational players pay attention to the cards on the layout. That’s a big mistake. For example, if you have seen a disproportionate number of small cards vs. large cards in the first couple of rounds after a shuffle, now would be a good time to bump up your bet slightly. On the other hand, if you see nothing but aces and faces in the early rounds, you should definitely not increase the size of your bet.

The crime: Not getting rated

You should always get rated when you play blackjack. The reason? This allows you to receive comps from the casino (free meals, free rooms, free shows, etc.). It cost you nothing to get rated. Just sign up for their player’s card and show it to the dealer every time you play. Your level of comps depends upon your level of play. You can always check with a casino host to find out what kind of comps you will be eligible to receive based on your betting level and the amount of time you play. The comps you receive will lower your cost of playing and sometimes they will turn a negative expectation game (where the house has the overall edge) into a positive expectation game (the game with the comps will result in the player having the monetary edge). The point is that you won’t get any comps unless you get rated, so don’t miss this opportunity to get your share of the billions that casinos give away annually to players just for playing.
Posted by Unknown at 17:57